“No problem can be solved from the same level of consciousness that created it.”
– Albert Einstein

“Theres more to God than meets the I.”

“Stand up, be bold, be strong. Know that you are the creator of your own destiny. All the strength and succor you want is within yourself.”   Vivekananda 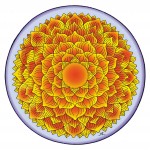 Excerpts from the Mundaka Upanishad:

“Two kinds of knowledge must be known …

They are the Higher Knowledge and the lower knowledge”.

“By means of the Higher Knowledge the wise behold everywhere Brahman, which otherwise cannot be seen or seized, which has no root or attributes, no eyes or ears, no hands or feet; which is eternal and omnipresent, all-pervading and extremely subtle; which is imperishable and the source of all beings”.

“As the spider sends forth and draws in its thread, as plants grow on the earth, as hair grows on the head and body of a living man – so does everything in the universe arise from the Imperishable”.

“This is the Truth:  As, from a blazing fire, sparks essentially akin to it, fly forth by the thousands, so also, my good friend, do various beings come forth from the imperishable Brahman and unto him again return”.

“He is the self-luminous Purusha, uncreated and existing both within and without”.

“The radiant Brahman dwells in the cave of the heart and is known to move there.  It is the great support of all; for in It is centered everything that moves, breathes, and blinks.  Oh disciples, know that to be your Self – that which is both gross and subtle, which is adorable, supreme, and beyond the understanding of creatures”.

“That which is radiant, subtler than the subtle, That by which all the worlds and their inhabitants are supported – That, verily, is the indestructible Brahman; That is prana, speech, and the mind; That is the True and That is the Immortal.  That alone is to be struck.  Strike It, my good friend.”

“Know the non-dual Atman alone and give up all other talk.  He is the bridge to Immortality”.

“He dwells in the body, inside the heart.  By the knowledge of That which shines as the blissful, immortal Atman, the wise behold Him fully in all things”.