The American Institute of Vedic Studies

I have known Ed Zadlo for nearly twenty years. He has been deeply involved in Yoga studies and practices for nearly forty years. 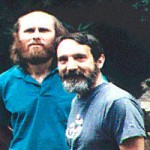 His fields of examination include all the branches of classical Yoga and related Vedic sciences of Ayurveda and Vedic astrology. His knowledge of Yoga includes all eight limbs of yoga, as well as mantra, Bhakti and Jnana, and the great teachings of Vedanta and Yoga philosophy. He has traveled widely and studied with a number of important teachers and traditions.

Given the range of his training, experience and teaching – which has little parallel among Yoga teachers in the West today – we are happy to acknowledge Ed Zadlo as an ‘acharya’ or expert teacher of Yoga. We have seen such titles used by individuals whose knowledge of Yoga is limited to asanas of a gymnastic nature or is based upon the number of their followers, though their teachings may be superficial. Our use of the term is in the traditional light of one who has embodied the spirit of Yoga in their life and activities.

Ed has been given the name Premananda or the bliss of Divine love. This name adequately expresses his inner essence, including his willingness to joyously share his teachings with all who come to see him.

This testimonial is not a matter of mere hours of study, technical proficiency or the ability to attract the media. It reflects from those of us within the tradition an honoring of individuals who embody the tradition within themselves as a power of being and consciousness. The real and inner Yoga is not a matter of outer marks but of an awakened state of mind and heart, such as Premananda indicates. Premananda is one of the few who can teach this comprehensive and spiritual Yoga in its many different angles and approaches. 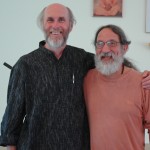 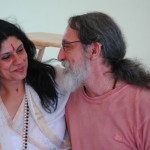 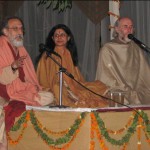