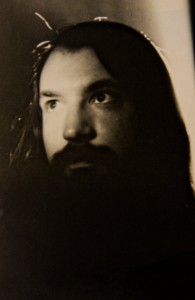 He has had an Ayurveda practice for over 20 years, and has offered trainings in Ayurveda, Meditation and the Inner Practices of Yoga for over 30 years.

He began his study of Ayurvedic Healing with Dr. David Frawley (Pundit Vamadeva Shastri) director of The American Institute of Vedic Studies in 1986, is also a graduate of their Ayurvedic Intensive Training, Yoga and Ayurveda Advanced Course and IYTA Teacher Training and was certified by Dr. Frawley in 2008 as an Ayurveda Yoga Acharya with 1200 hours of advanced Integral Yoga/Ayurveda study.

He graduated from The New England Institute of Ayurvedic Medicine in 1996 where he also became a faculty member. He completed advanced clinical study at the Rishikesh College of Ayurveda in Rishikesh, India in 2000 and 2001. He is a professional member of the National Ayurvedic Medical Association with status as an Ayurvedic Doctor (AD).

Ed Zadlo was ordained to teach in the Yogananda Kriya Yoga tradition in 1980.   He lives near Sumneytown PA where he has a full time integral Ayurveda Yoga Practice. 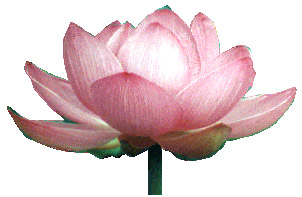 Ordination as C.S.A. Minister and teacher of the Kriya Yoga Tradition by R.E. Davis. Center for Spiritual Awareness, Lakemont, GA.

Certified to teach in the Jnana Yoga tradition.  Acquired the monastic name Premananda.

Authored Ayurveda Study guide based on the course material.

Certified in Ayurveda with 500 hours of study for the usual 350 hour course.

Attended the Advanced Study Course in Ayurveda given by The Indian Council for Ayurved Promotion  Dr. Dinesh Sharma and Dr David Frawley, in Rishikesh, India. Received the title of Ayurved Bishak.

Membership in American Ayurvedic Assn. with status as Diplomate in Ayurvedic Health Science

Attended the Advanced Clinical Study programs at The Rishikesh College of Ayurveda, in Rishikesh, India and  Maha Khumba Mela, Allahabad.

Completed The American Institute of Vedic Studies Yoga and Ayurveda Advanced Course from Dr. Frawley and The Ayurveda/Yoga teacher Training program at Yogaville in Buckingham Va.

Certified by Dr. David Frawley (Pundit Vamadeva Shastri) as an Acharya of  Yoga, Ayurveda, Vedanta and Vedic Dharma with 1200 hours of advanced study in the field of Integral Ayurveda/Yoga Therapy.

Certified as an Ayurvedic Doctor by the National Ayurvedic Medical association

A unique opportunity to study the practical principles of Classical Ayurveda and become a certified Ayurvedic Life-style Counselor through The American Institute of Vedic Studies. This program is based on Dr. David Frawley’s “Ayurvedic Healing” course, but taught in a classroom setting by Ed Zadlo AD.

Progressive  techniques of Raja Yoga, Tantra and Kriya Yoga, which lead one from Asana, through Pranayama, Pratyahara and Dharana into Dhyana  silence of mind – Meditation.

A series of workshops exploring the wisdom of the ancient Himalayan Seers from the Vedas, Upanishads, Bhagavad Gita, Yoga Sutras and other classic texts.

The course emphasizes a practical study of the principles of Ayurveda for self-healing, healthy living and natural preventive medicine and how to practice them as  part of living a Yogic lifestyle

More Info On All Classes

The best way to schedule is to email Ed directly.  Please be patient for a response as he receives many inquires and has limited availability.  If it is really important please send a follow up email.